Do you low carb? Having already done a post on KETO, let’s talk low carb (CHO) … 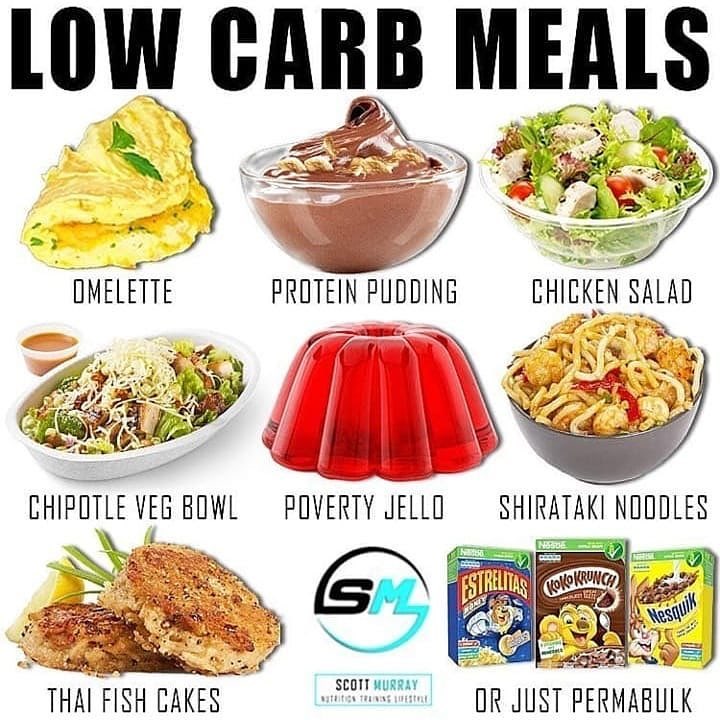 Do you low carb?
➖
Having already done a post on KETO, let’s talk low carb (CHO) diets ie. not low enough to be classified as keto.
➖
What is low CHO? When it comes to the literature it seems as though there is no definitive description as to what a low CHO diet is. According to the USDA (2015), we are to consume 45–65% total kcals from CHO thus one could say that any diet less than that could be classified as low CHO? In fact, there is some research showing that low CHO diets can be classified as those having an upper threshold of 40% of total kcal from CHO (Frigolet et al 2011, Lara-Castro et al 2004) or just any diet that has you consuming <200g:day. Overall, from where I see it, this is all I can agree with ie. if you are consuming either (a)less than 40% total kcal or (b)<200g carbs you are likely classified as being low CHO. ➖ Is it better for fat loss? Questionable. While there is research showing low CHO diets to be superior for decreases in fat mass over higher CHO diets (Mansoor et al 2016, Hashimoto et al 2016), they are often conducted on obese subjects which, as we know are sig. more insulin resistant than leaner individuals. On overweight subjects however, Hall et al (2016) have shown low CHO not to produce any greater fat loss than a higher CHO diet. ➖ One advantage of low CHO diets for fat loss however is that they tend to be higher in protein which, as we know, is the most satiating & thermogenic macro thus helping you to keep full, decrease appetite & burn more via digestion (Pesta Samuel 2014, CrovettI et al 1998, Weigle et al 2005). ➖ So, should you do it? Personally, I suggest a more “balanced” diet as usually diet involving a severe reduction/elimination of an entire macronutrient are those least likely to be sustained long term. Also, CHO are our main fuel source for intense activities & can enhance performance & recovery (Haff et al 2000) thus by opting for a low CHO diet you may struggle to maintain intensity in the gym which is one of, if not the main factors determining the amount of LBM you preserve on a diet. ➖ 📸@smurray_32