On the left I’m holding a slice of cheesecake from the Cheesecake Factory. On th… 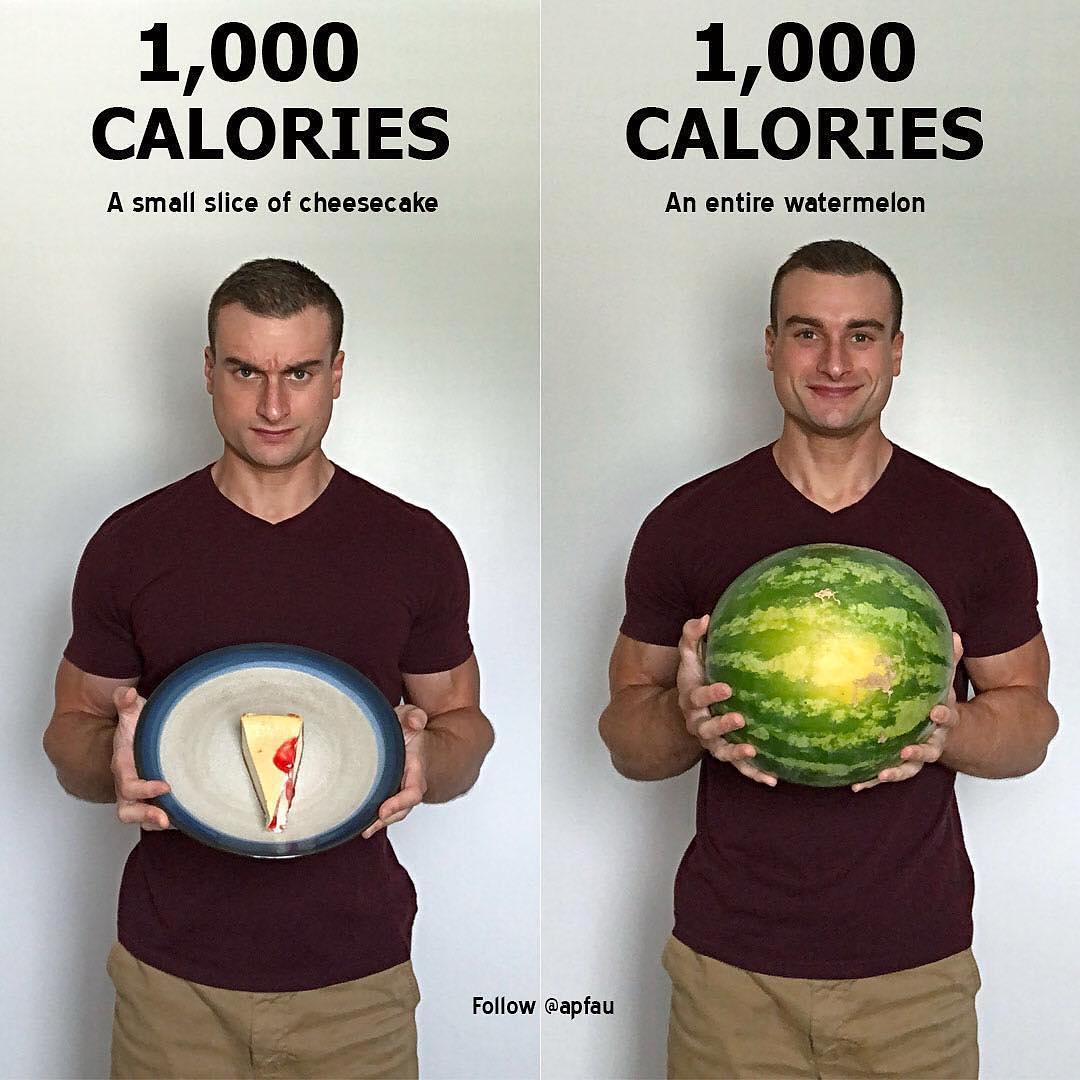 On the left I’m holding a slice of cheesecake from the Cheesecake Factory. On the right I’m holding an entire watermelon. Both contain 1,000 calories. But Adam! Who would eat an entire watermelon!? You wouldn’t. That’s the point.
–
This tiny slice of cheesecake would account for the majority of most people’s calories for an entire day whereas an equal amount of watermelon would contain substantially less calories. That doesn’t mean you should never eat cheesecake. You should enjoy it from time to time if it makes you happy. This is just to provide some perspective on what 1,000 calories of one of the most calorie dense foods looks like compared with one of the least calorie dense foods.
–
Credit @apfau
–
#pfaufitness #fatloss #weightloss #gainmuscle #buildmuscle #losefat #weightloss #burnfat #nutrition #calories