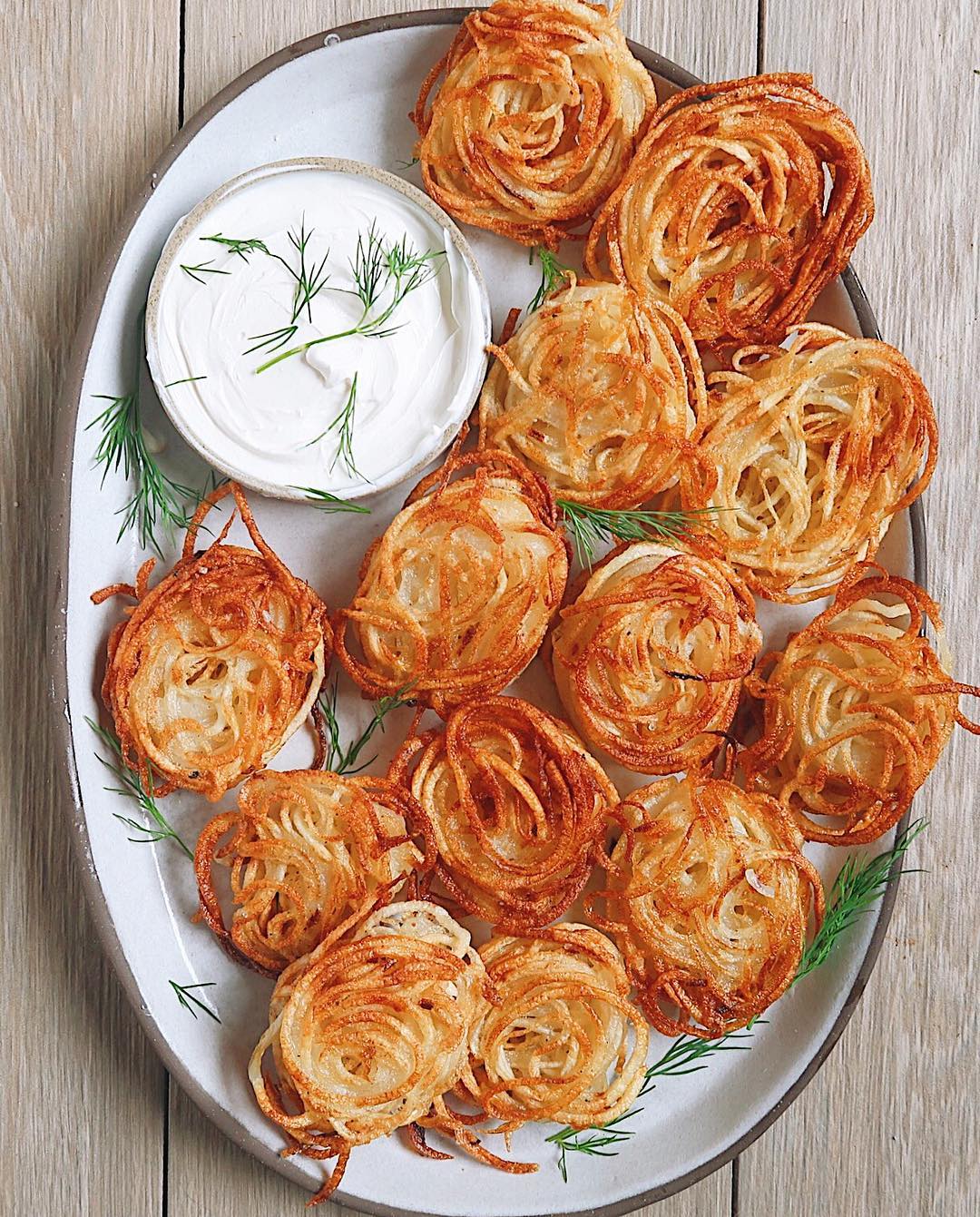 Spiralized Vegan Latkes (aka Potato Pancakes)🧡💚❤️💙 Latkes are the bomb 💣 I’m making these tonight because my kids have been begging me to make them again. How could I say no?!! ( especially if I want them too 😉) If you don’t know what latkes are, they’re kind of like hash browns but crispier 🤤Toppings can include sour cream (pictured here) and applesauce. Cause you can never ever go wrong with fried potatoes #peacebeginsonyourplate 💚🌱 What you need: 2 1/2 pounds of russet potatoes and one medium onion peeled and spiralized, 1/2 cup flour, juice of one lemon, 1/2 tsp fresh pepper, 6 tbl aquafaba, & grapeseed oil, kosher sea salt
1️⃣ Pat down spiralized potatoes and onion with kitchen towel to get rid of excess moisture. No worries if it’s still a bit damp. 2️⃣Place in a medium mixing bowl, mix till onion is combined throughout
3️⃣In a large mixing bowl, whisk together flour, lemon juice, aquafaba, and pepper
4️⃣Add potato mixture to large mixing bowl and combine
5️⃣Using a 12 inch heavy bottomed pan, pour oil to 1/4” and heat on medium/ medium high heat
6️⃣Next, use 1/4 cup measuring cup to scoop mixture to lightly form into a ball and push down a bit. Gently place into skillet using spatula. I fit about 4 latkes in the pan per batch. Sprinkle with salt as desired.
7️⃣ When latkes edges turn brown ( about 3 min) it’s time to flip. Fry for another 2 min, sprinkle more salt if desired. Repeat. This recipe makes about 24 latkes
8️⃣Serve with sour cream and/or applesauce. Happy #fryyay