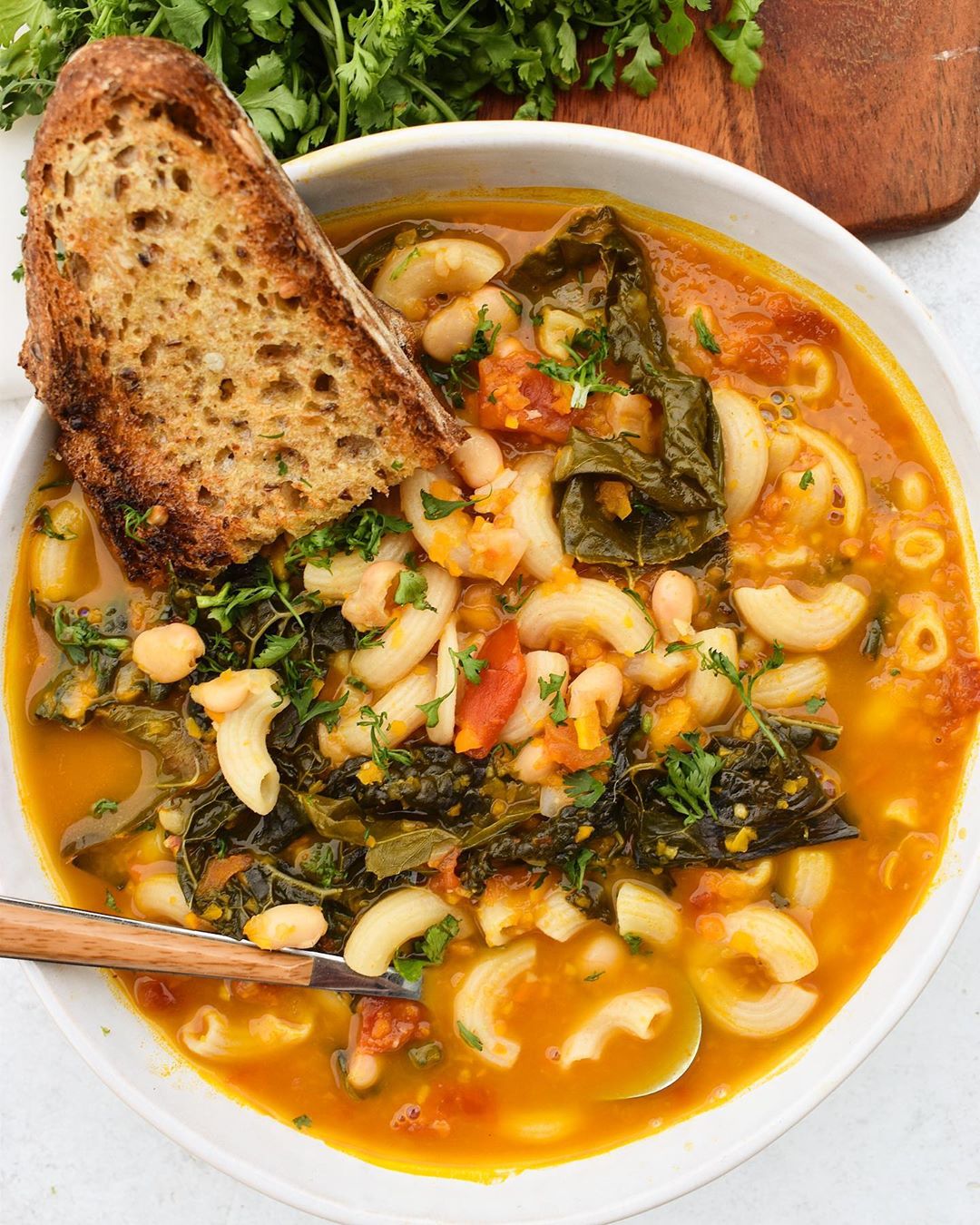 Method:
1. In a food processor add whole (peeled) garlic cloves and pulse until garlic is roughly chopped then add roughly chopped carrots and onions. Pulse until the mixture is a finely chopped mixture.
2. To a large deep pot over medium heat, add 2 tbsp oil, once hot add the carrot, onion and garlic mixture. Cook on low for 20 minutes, mixing the mixture throughout cooking process. Season with a pinch of salt and pepper.
3. After 20 minutes, add the whole can of crushed tomatoes and broth. Simmer for 30 minutes (cook on low heat). 4. Meanwhile in a separate pot cook pasta noodles according to the directions on pasta box (….BUT! cook for 3 minutes less then what the box says)
5. Once the soup has simmered for 30 minutes add roughly chopped kale and white beans (that have been drained and rinsed with water) to the soup. Mix in, then once pasta noodles are cooked, drain the noodles then add to the soup. Continue to cook the soup for an additional 5 minutes, turn off heat, taste soup and adjust seasonings as needed.
6. Serve with a sprinkle of fresh herbs and a side of rustic bread (I toasted my bread and added a little vegan butter)
Recipe adapted from @bonappetitmag •
•
•
•
•
•
#veganfood #veganfoodshare #veganfoodporn #veganfoodie #crueltyfree #vegansofig #vegansofinstagram #whatveganseat #veglife #plantbased #plantbaseddiet #foodporn #comfortfood #dairyfree #vegetarian #veganaf #vegan #veganism #soup

Which one would you choose? By @edible_food_art_for_kids#tiger fruit plate fo…

Info request for @katoblacky.  ​ Overall I recommend that where possible use foo…

Why most people struggle with gentle nutrition . The key to the “gentle” part …