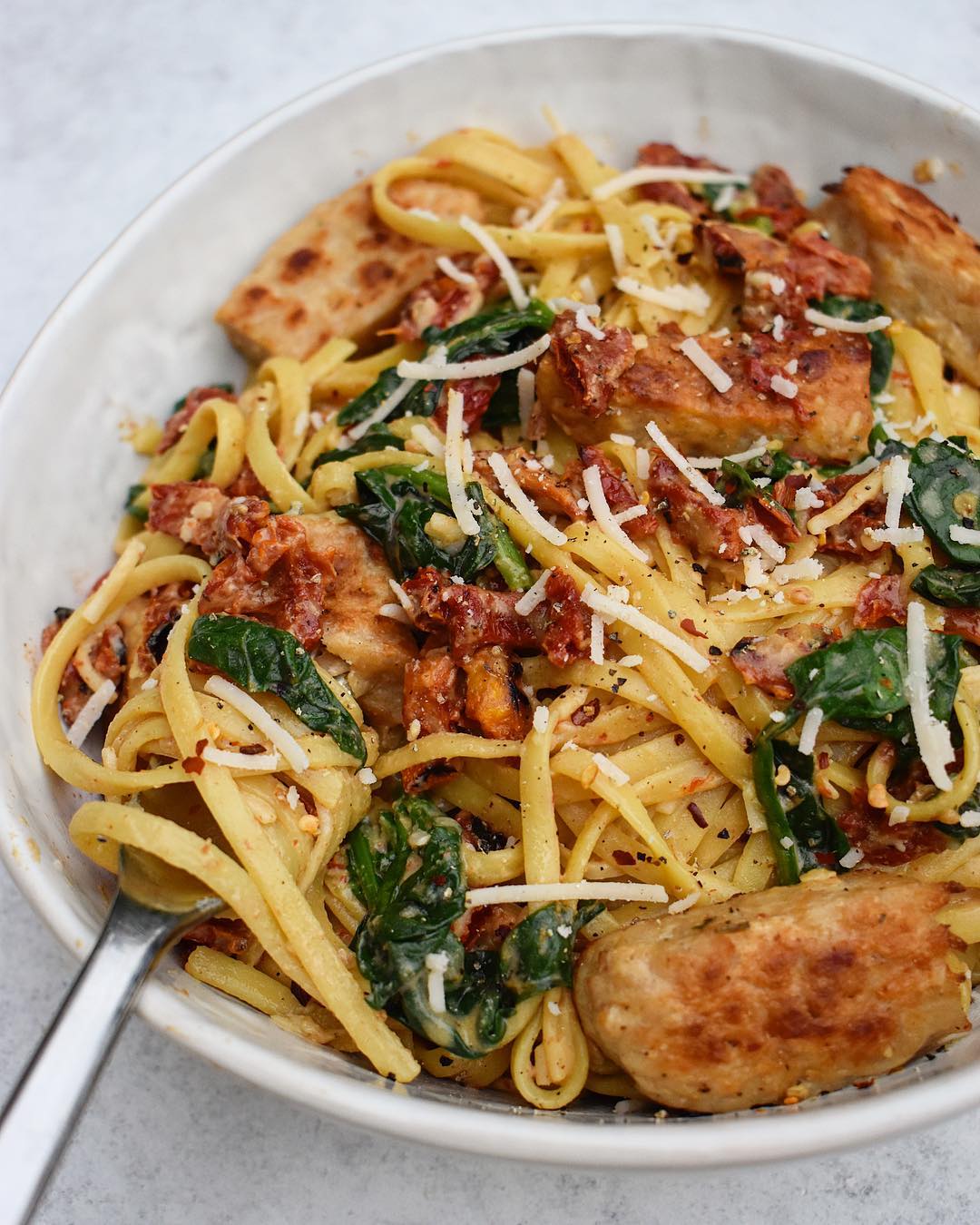 Direction:
1.Cook pasta according to directions on package.
2.In a large pan over medium heat melt 1/2 tbsp coconut oil and then add sun dried tomatoes and saute for 2 minutes, then add cashew milk and nutritional yeast. Stir and reduce to low heat and let simmer for 3 minutes.
3.In a small bowl combine 3 tbsp of water and 1 tsp of corn starch. Whisk together then add to the simmering cashew milk. Stir the sauce and simmer for an additional 5 minutes until it begins to thicken. Add the spinach to the sauce and mix in, cooking for 1 minute until spinach Is cooked into the sauce. Then turn off heat.
4.In a separate pan over medium heat, melt 1/2 tbsp coconut oil and brown your vegan chicken…or follow the directions on the package.
5.Once the sauce is ready, pasta and vegan chicken is cooked…add the pasta and vegan chicken to the sauce. If the pasta seems to be a bit dry you can either add 1/2 a tbsp on melted coconut oil, vegan butter or a splash of cashew milk to loosen everything up. Season with salt and pepper and top it off with vegan cheese.
•
•
•
•
•
•
#veganfood #veganfoodshare #veganfoodporn #veganfoodie #crueltyfree #vegansofig #vegansofinstagram #whatveganseat #veglife #plantbased #plantbaseddiet #foodporn #comfortfood #dairyfree #vegetarian #veganaf #pasta #carbs