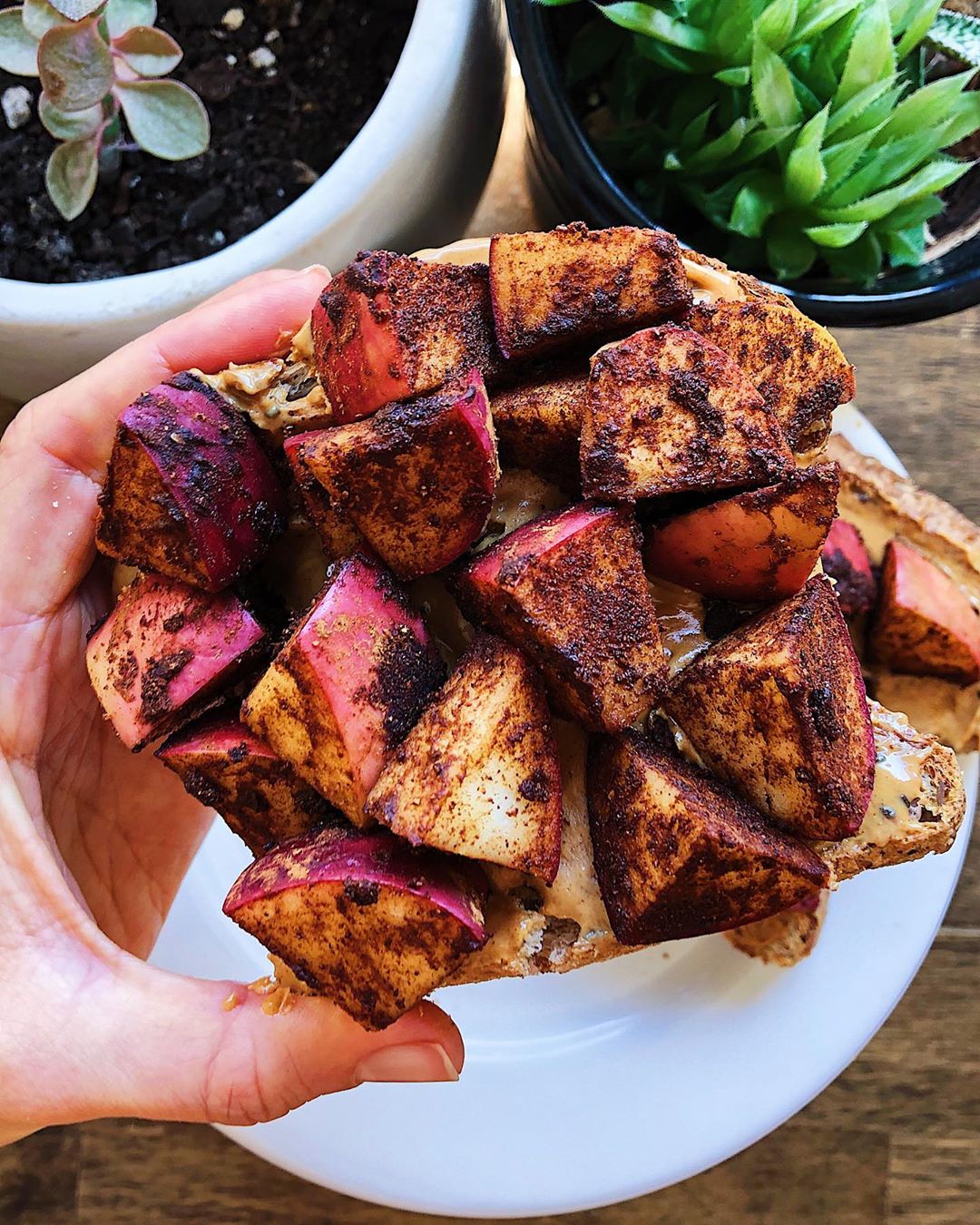 APPLE CINNAMON TOAST ✨ there’s something about the apple cinnamon combo that just screams fall to me 🍂 It’s still 25 degrees C here in Toronto, but that’s not stopping me from doing everything I can to get in the fall spirit, which includes this mouthwatering apple cinnamon toast with PB. The perfect snack or quick part of a lunch (would be amazing in a sandwich too). What flavor combo is so classically fall to you?.
.
To make 👇🏼: Two pieces of toast slathered in PB, topped with cinnamon + maple sautéed apples and a sprinkle of chia seeds ✨