You know what’s beautiful? Having the ability to love yourself…unconditionally… 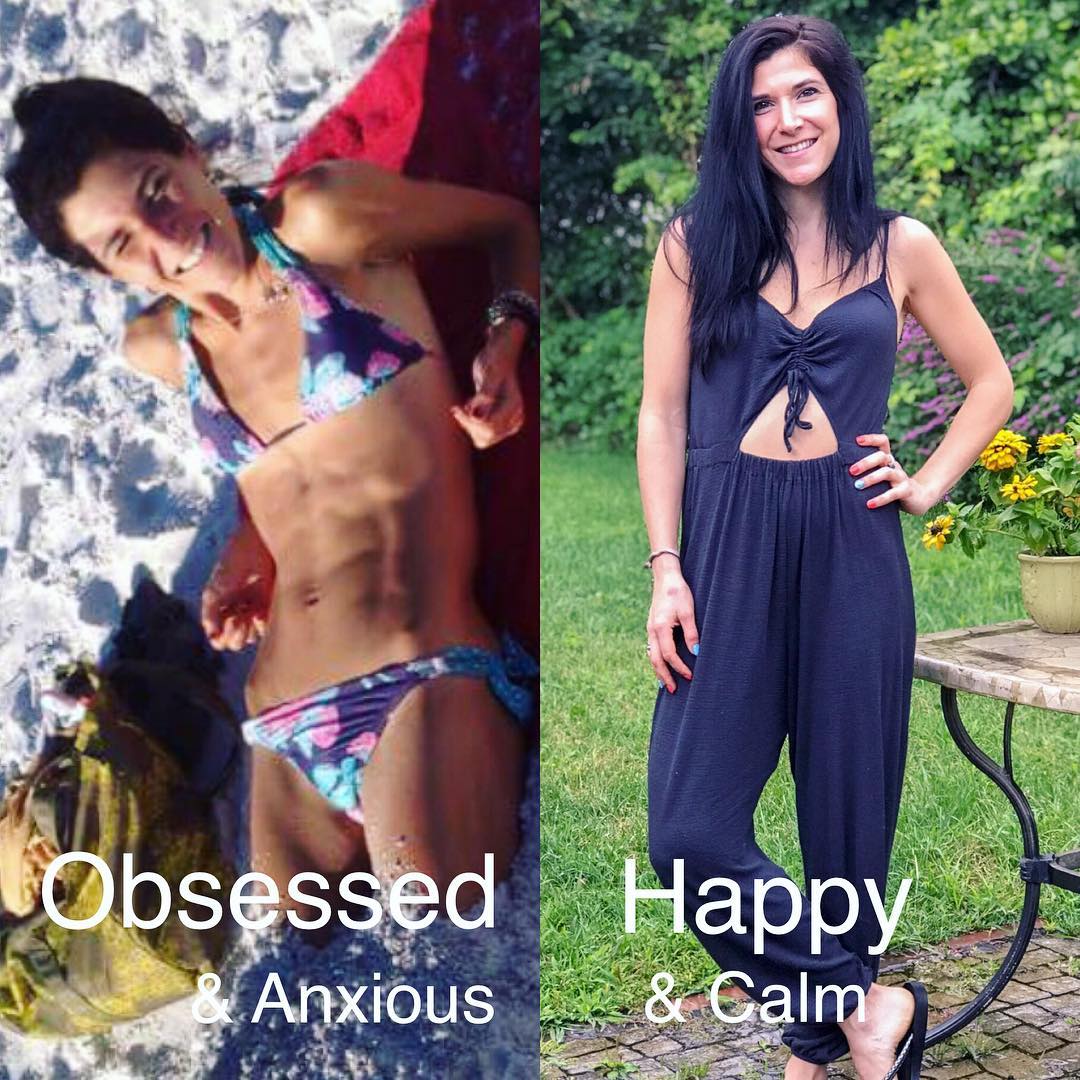 You know what’s beautiful? Having the ability to love yourself…unconditionally…pure, genuine love with no strings attached. There is a four year difference between these photos…The girl on the left didn’t understand this concept. She was constantly anxious about losing her identity…the problem: her STRUGGLE WAS HER IDENTITY. She obsessed about her workouts/ calories and lived in starvation. She couldn’t menstruate because she didn’t have enough body fat and she lacked a sex drive yet participated in painful intercourse in order to feel “womanly.” Every night she woke up drenched in sweat, and she was shivering in this photo even though it was a 100 degree humid day. She was constantly tired from living off of steamed veggies/egg whites. She lacked a social life because she feared altering her food schedule. She was depressed…at times she wanted to die. She didn’t allow anyone in as she feared someone knowing her struggle. ➡️ ➡️Four years later, and a decade long struggle has seemingly gained closure. The second photo was taken last week. That smile is real…that calm body language is natural. This girl has found her authentic identity. She still works out, but she does it intuitively and feels stronger not depleted when she does. She still stays aware of what she puts into her body, but she doesn’t obsess over the number of almonds she ate or if she had too much for breakfast. She allows herself to be seen and acknowledges her emotions instead of masking them behind hours of torture at the gym. On the days she has set backs, she forgives herself for being human. She finally got her period back after an 8 year hiatus, because her body trusts her again. Of course she has off days, but she is truly happy. She allows herself fall in love, because she learned to love herself…UNCONDITIONALLY with NO STRINGS ATTACHED. •
•
•
#healthyfoodie #selflove #selfcare #foodie #bostonfoodie #thenewhealthy #wholefoods #kaylaitsines #bodypositivity #todayfood #foodblogger #iamwellandgood #foodrecipe #selflovespo #chefsofinstagram #healthyrecipe #iamwellandgood #healthygut #foodphotography #thefeedfeed #edrecovery #glutenfree #womenempowerment #girlboss